This year for Fiesta Stone Oak Living is giving away 3 prizes. Grand Prize is 2 tickets for the Valero Texas Open’s 19th Hole Fiesta, 2nd Prize is 2 tickets to the River Parade or Fiesta Flambeau Parade, and 3rd Prize is to the Battle of Flowers Parade. In addition, all winners will receive a $25.00 Las Palapas gift card. 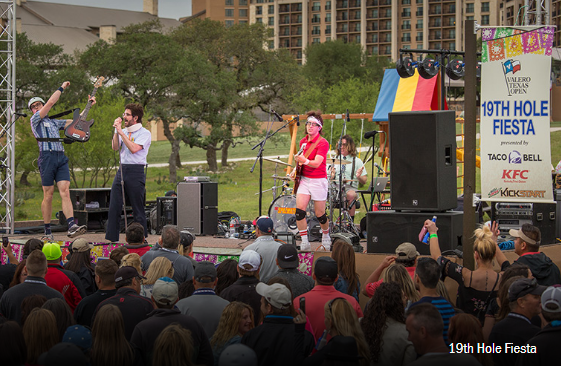 The Valero Texas Open is a non-profit, fundraising event that supports hundreds of worthy charities throughout the greater-San Antonio community and beyond.

Texas Cavaliers River Parade (2nd Prize Choice)
The River Parade comes to life 7:00 -9:00 pm on the first Monday of Fiesta each year in April (April 23rd). There’s nothing quite like the River Parade as festive music fills the air and vibrant floats pass by as thousands watch from the banks of the San Antonio River. 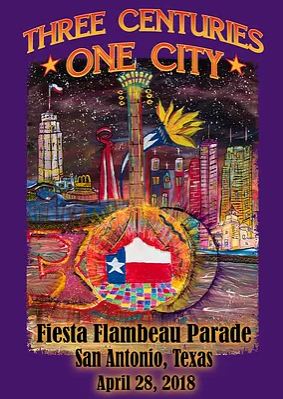 The 2018 Fiesta Flambeau® Parade will celebrate its 70th anniversary on April 28th at 6:45 pm. This year’s Parade theme is “Three Centuries…One City” and is the largest illuminated night parade and the highlight of Fiesta®.

Battle of Flowers Parade (3rd Prize)
The 127th Battle of Flowers Parade will be held on Friday, April 27th at 9:05 am. This year’s theme is “300 Timeless Treasures”. It is the only parade in the United States produced entirely by women, all of whom are volunteers. These ladies, dressed on Parade day in yellow and wearing yellow hats, direct operations with the valued assistance of the Texas Army National Guard.

When you’re ready to buy or sell a home contact me, Christine Aldrete Banks at “Stone Oak Living” Luxury & Upscale homes in North-Central San Antonio.  I’ll represent you in the manner you deserve and help you find your dream home.

Christine Aldrete Banks, CRS, SRS, RSPS
www.stoneoakliving.com
830-279-8678
Find out what you home is worth with a Free Market Analysis